You are here:
Mail 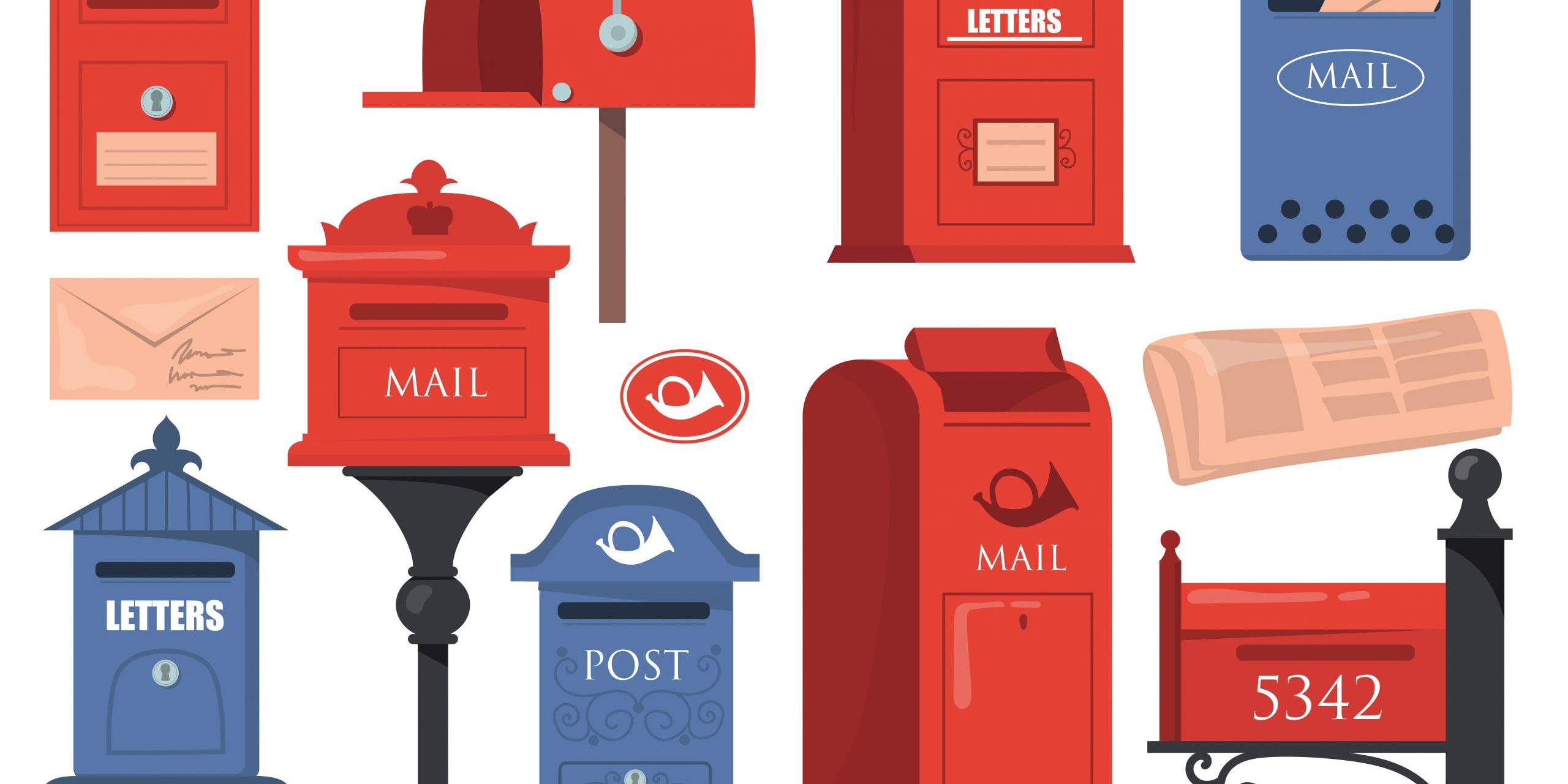 February 4th, take a moment to thank your mail carrier. Throughout the centuries, mail carriers have been our primary source of communication, connection, and means of delivery. Now, more than ever, we need to show our gratitude for the men and women who proudly serve the USPS. One mail carrier, in particular, deserves not only thanks from his community but the nation – Earnie. 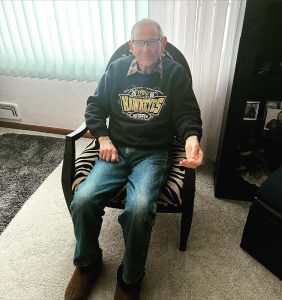 Earnest Hillary Topness, an army veteran, joined the USPS in 1959. Now, just shy of his 89th birthday, I ask Earnie if he will retire soon – he smiles and says, “not yet.”

October 1959, the Wilson Packing Plant went on strike. Earnie was out of a job, and that was not going to work for him, “I saw the post office was hiring and applied.” Earnie stated you first had to pass a test, and that process took about six months before he started his route. Once officially a USPS mail carrier, he was given a scooter. Yes, you heard me right. “The scooter had a little box attached for the mail, and the seat flipped down so you could sit or stand. The scooter did not last long, he said.” I wonder why I replied, and we both laughed. “Yes, too many people got hurt, and it was terrible in the winter. The scooter mainly got you to your route, then you walked.”

HE HAD THE PERFECT RESPONSE when I asked how Cedar Rapids has changed since he started delivering mail. “When I started, all the mail routes worked out of the Federal Court House. There were three rural routes, and the Shell Station serviced all the mail trucks.” We now have three United States Postal Service Post Offices for those unfamiliar with Cedar Rapids, IA.

My husband, who works for UPS, also had a question for Earnie.

Has the Postal Service shifted to more package delivery rather than letters? Earnie stated there is a large influx of parcels due to Amazon. “Sunday’s and Holidays are reserved strictly for Amazon deliveries. Parcels have priority over first-class letters.”

When asked how email and the interne

t have affected mail over the years, his response is one we all know. “The delivery of letters and magazines were reduced to over half. If it wasn’t for the contract with Amazon, I’m not sure what the future would look like for the USPS.

Earnie works at the Post Office on Wiley Blvd SW. He is going on 63 years of service. He proudly tells me that he has 5,965 hours of sick leave built up. Last year due to a fall, Earnie will now use his sick leave for February into the beginning of March to help prevent any further falls – due to harsh weather conditions here in Iowa. If you ask him about his current sick leave, he will tell you that he has TMB and can’t work during this time. When I asked what TMB is, he replied, “too many birthdays.” March 6th, Earnie will be celebrating his 89th birthday.

I asked Earnie why keep going – why not retire?

With a smile on his face and spark in his eye, he responded, “I love my job and the people I see every day – why would I leave that.”

I stopped at the Post Office on Wiley Bld, and when I mentioned I was here for Earnie, everyone had a big smile. You can see they all share the same love for him.

“Earnie is one of the kindest people I have ever had the pleasure of working with. He’s reliable and dependable. It is an honor to work with him.”

When I thanked Earnie for talking with me, he responded, “I’m a common ordinary guy that likes to work. I hope you have something you can write about.”

Earnie, common and ordinary is the last two words I would call you. It was my pleasure to hear your story. Today I am inspired by your selflessness and kindness.

Note: Four years ago, Earnie was ranked #1 in Cedar Rapids and #5 in the nation for seniority. 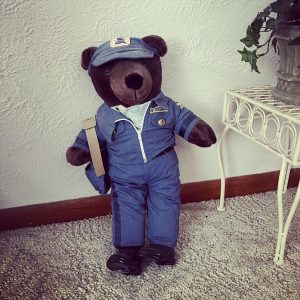 What can you do for National Thank A Mail Carrier Day?

My name is Amanda Rose, and mail is dear to my heart. You will see just how vital mail means to my family and me in my children’s book It’s A Wonderful Story. My Grandma wrote a thank you letter on the back of a Christmas card in 1951. In this letter, she kindly asked for a note in return. If those first correspondences were lost in the mail… I honestly can say I would not be here today writing this post.

Check out my children’s book, It’s A Wonderful Story, and see/read the original letter from my Grandma to her pen pal Anna. 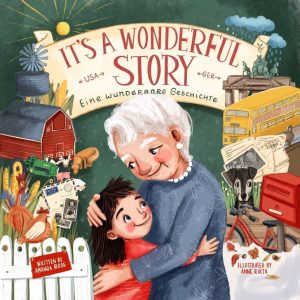